Jennifer Smith is a visual artist based in The Netherlands. She received a Bachelor Degree of Fine Art, Painting in 2005 from Limerick School of Art & Design in Ireland.

Jennifer Smith is a visual artist from rural Ireland now based in Giessenburg in The Netherlands. She received a Bachelor Degree of Fine Art, Painting in 2005 from Limerick School of Art & Design in Ireland. It was in Limerick that she first began exploring the female nude on large canvas, writing her thesis on perceptions and representations of the female nude in art.

Following an extended period away from her practice, Jennifer travelled and lived extensively around the world.  She returned to painting in 2012 and established her studio in Dordrecht, The Netherlands. During this period of time, she continued to explore the painting of large-scale figurative works on paper and canvas. She used this time to study the properties of painting, developing a style that features layers and contrasts in texture and technique.
Jennifer now has her studio on the grounds of an old windmill in The Netherlands. 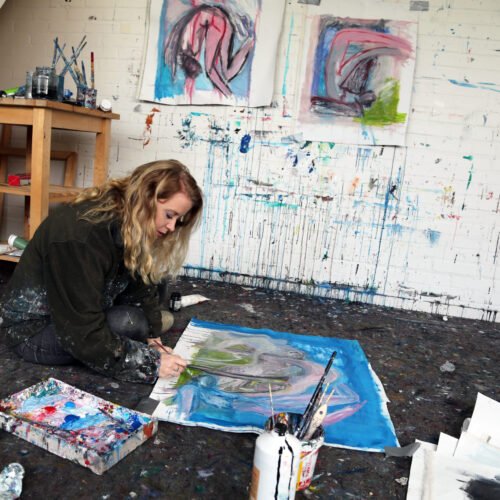 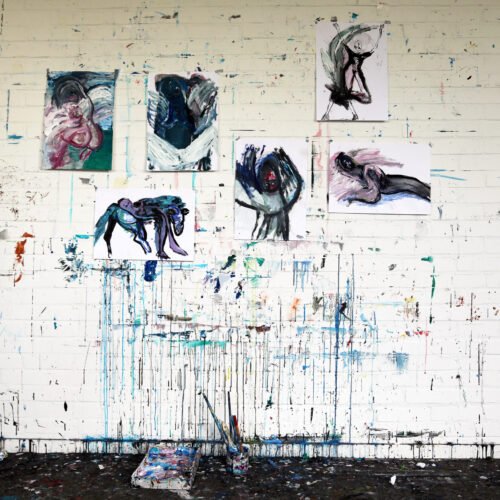 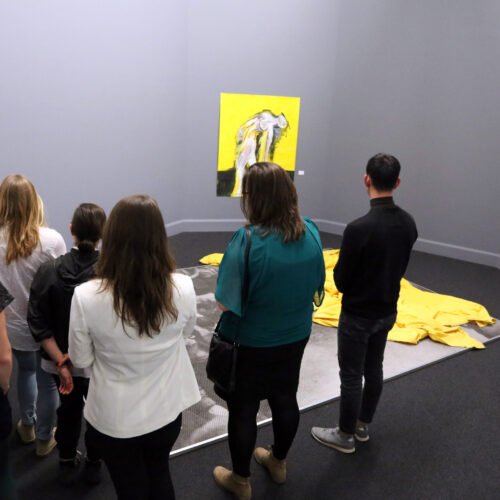 Upcoming Jennifer has some small paintings that will be sold via  auction in the exhibition Life on Venus at The Tub, Hackney in London in December. She has also been selected for Dialogs 2020 with a group exhibition next year in Italy.

Most recently, Jennifer had a painting in Ziferblat London, an exhibition of work made during quarantine. Her paintings are featured in the newest publication of Ladies Drawing Club. She also has a feature interview  live on https://weareirish.ie/culture/ireland-netherlands-jennifer-smith/

Highlights in her career include: A solo show in Ireland. Group shows in Ireland, The Netherlands  and London. She was one of only six young artists selected to exhibit  for The Young Art Crowd. Young Art Night #7: Le Freak C’est Chique at  Van Abbemuseum, Eindhoven

Her biggest project at the moment is organising a free collaboration Residency on the grounds of an old water mill with a focus on female artists and curators. www.clovermill.nl. CloverMill is set to launch in May 2021. It is a 2 week residency where selected artists are invited to come and work together at the windmill. Each artist is provided with private accommodation and 24 hour access to the studio and gallery space. All spaces for next year are already filled. 70% of the participants are female. Artists are lining up for 2022.

My paintings respond to a narrative influenced by social media, gender roles, representations of the female body, and perceptions of female beauty.

I am not interested in representing women in normal conventions of beauty. My work is focused on the female gaze and re-looking at the female nude in art. I challenge a popular narrative about women and encourage people to question the way they have become accustomed to thinking about, looking at and seeing the female body.

Who is in control of the image?

When looking at  the female nude in art, we often reflect on the age-old male gaze and look at the female nude from the sexualised perception of the male. However, how regularly do we question the artist? Are we able to differentiate the female nudes seen through a male artist’s eye, in comparison to a female’s and what kind of power does this reclaiming give to a female artist.

For the first time I am experimenting with symbolism in my work, currently inspired by Greek mythology and how views and representations of the female body are relatable in contemporary culture. The reference of mythological characters/Godesses add meaning to the paintings. These women are not afraid of the gaze. However they challenge the viewer to  interact and respond to how women are individually reclaiming the representation of their own bodies.

My style of quick gestures, mark making and disinterest in pretty or beautiful, supports the idea of subverting the gaze and challenging the viewer to think about the female body in a new way.

For help when making a purchase, please contact us at: hello@nuacollective.ie Dismiss